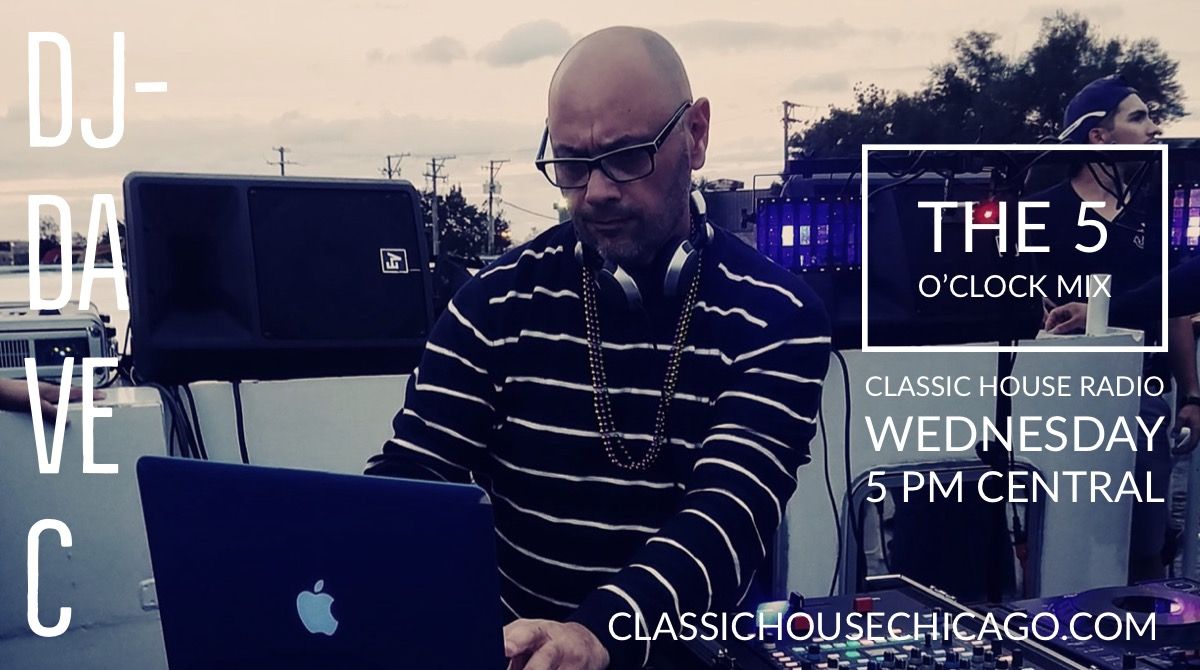 Dj Dave C of the Chicago Cutting Crew Dj Team will be our special guest on the 5 O’clock Mix 5pm Chicago time Wednesday October 3rd 2018. Check out his bio below.

Born and raised in Bucktown/Humboldt Park  area in Chicago. He started his love affair with music and the underground culture in the early 80’s as a young break dancer. In 1985 he meet one of his best friends and fellow DJ Gabriel “Rock the house” . He spend hours at his place learning everything he could how to count beats what was a break and how to scratch. Dj DaveC entered his first DJ battle at his high school Roberto Clemente in Humboldt Park and took second place he knew then this is what he wanted to do. In late 80’s he joined The Chicago Cutting Crew which was the number 1 Mobile Dj team at the time and together they went on to DJ in some of Chicago’s hottest clubs and the Pan American festivals along with guest spots on 88.1 fm Chicago. Fast forwarding to today, he is still on the DJ scene spinning guest spots on 88.9 FM as well as hosting his own Facebook and periscope live internet show with the Chicago cutting team members still going strong with the same passion and love of the music that he has had his whole life.